Having moved from California to her mother’s hometown in Ohio, Maggie Thompson (Diana Silvers) finds herself at a new school and quickly makes friends with a small group of fellow teens and while on a mission to obtain alcohol, Maggie and her friends are able to convince veterinary technican Sue Ann Ellington (Octavia Spencer) to buy them the booze, quickly striking up a friendship of sorts. Sue Ann later provides them with a “safe space” to drink in her basement and soon, “Ma’s Place” becomes a popular destination for the town’s teens to party, Sue Ann enjoying being part of the gang, but her behaviour becomes increasingly erratic and possessive as she can’t seem to leave the group alone, and as she reveals some sinister intentions and a hidden agenda, Maggie and her friends struggle to escape the attentions of “Ma” and to get out with their lives intact.

Horror films seem to be a dime a dozen these days. True, we’ve been gifted with many gems such as The VVitch, Get Out, Don’t Breathe, Cam and A Quiet Place but in the horror game, it looks like an overall case of quantity over quality as a lot of them will just recycle the same ideas and give us predictable stories that we’ve all seen before – films like The Strangers: Prey at Night being one infamous example.

And in a way, Ma is one of those films because, looking at it objectively, it’s quite predictable, formulaic, it’s nothing we haven’t really seen before, and it has a story that doesn’t require much brain power – you’ll know exactly what you’re in for when you enter the cinema. Here, we have a group of friends who get acquainted with a seemingly pleasant stranger, they go around her house when they REALLY shouldn’t, and things seem great for a time but things inevitably go south as the villain won’t leave the teens alone, they realise they’ve made a huge mistake, it’s revealed that some childhood incident caused some psychological damage to our antagonist, and it all moves towards a big showdown. Standard stuff.

But even though I should instinctively “fail” this film for not bringing anything new to the horror genre (I’ve certainly done so before with films like Prey at Night and Hereditary, so maybe I’m being hypocritical here), I still enjoyed Ma – it makes for a perfectly entertaining late night trip to the cinema and it’s nice to be able to shut off your brain and to just enjoy a well made horror film.

Predictable though it may be, Ma has a decent story, Christina Voros’ cinematography is quite beautiful, it has a good score from Gregory Tripi as well as some fun tunes from artists like Earth, Wind and Fire and Lipps Inc., and the acting is really solid all around, utilising the talents of its lesser known young cast as well as some big names that I hadn’t expected to see in this film! In the teen cast, Diana Silvers, McKaley Miller, Corey Fogelmanis and Tanyell Waivers make the biggest impact (a couple of the other friends blend into the background, though) as they are a cut above the kind of teen performances you usually find in modern horror films, and actors like Juliette Lewis, Luke Evans, Missi Pyle and Allison Janney (yes, Allison Janney!) all lend solid support but there are times when their performances seem a bit phoned in as, with the exception of Juliette Lewis, they don’t add as much to the story as the young cast does – Allison Janney’s role is particularly brief. Still, the fact that they were able to sign on such recognisable names sure is impressive.

But no-one can deny that the film belongs to Octavia Spencer and this is a kind of role that we’ve never seen from her before. Stepping out from the supporting roles that she’s become known for, Spencer makes the foray into horror quite wonderfully and as Sue Ann, she’s fully able to appear warm, motherly and sometimes even likeable and sympathetic but in other areas, she can be worryingly unpredictable, unhinged and irritable and Spencer never really goes over the top with it all, giving us a modern Annie Wilkes type villain (those figurines have been moved!) who can appear perfectly nice but who secretly harbours a dangerous personality, though considering the torment she went through as a teen and the way she’s been treated/ignored in her life, she has plenty of credible motivation and reason to be the way she is. The final act really allows Spencer to have some wickedly dark fun with the character and overall, though she’s no match for Lupita Nyong’o in Us, this is Octavia Spencer as we’ve never seen her before and she’s the film’s greatest asset – it wouldn’t have worked without her.

The direction from The Help‘s Tate Taylor is alright but, although Ma gets off to a great start, he lets it run out of steam at the halfway mark and it eventually gets to the point where the story just seems to be repeating the same point and there isn’t much narrative progression; the film could’ve used some tightening up as the pace can get a little too leisurely and it seems as though it takes a long time to make a single point. I would also say that Ma isn’t that scary (though horror films rarely affect me in that way, unless they’re REALLY good) nor funny and that the cast and crew could’ve pushed the boat out a bit more by making it a little crazier and more extreme.

So that’s it. It’s the predictable and formulaic story about not hanging out in a stranger’s basement – especially one who pastes pictures of herself into old yearbooks, as you do in horror films – and it’s not especially scary, but gosh darn it, I still enjoyed it. It sure looks good, the cast is better than your average horror film, and if you want a fulfilling late night trip to the cinema, this would be a good choice. 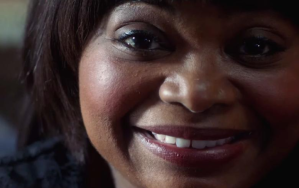 Not the most original story in the world, nor is it the scariest, but Ma is nevertheless an entertaining horror film with effective cinematography and a solid cast, especially a game changing turn from Octavia Spencer.