Based on the novel of the same name by Daphne du Maurier, Roger Michell’s 2017 adaptation is about Phillip (Sam Claflin), a young man who was orphaned at a young age and raised by his older cousin Ambrose, who he grew to love as a father. When Ambrose moves away to Florence due to poor health, Phillip soon comes to learn that he has married a woman named Rachel (Rachel Weisz) and, after Phillip later finds out that Ambrose’s health has deteriorated further, leading to death, he puts the blame solely on Rachel and vows to exact justice. However when he and Rachel finally meet, Phillip quickly falls for her and sets about letting her share his wealth with the ultimate plan of marrying her. But is Rachel playing a long game, subtly manipulating events for her own sinister ends or is Phillip succumbing to paranoia and madness brought about by desire?

The film gets off to a good start within its opening few minutes as the central characters are introduced and we learn of the mystery of how Ambrose actually died. However, Phillip starts to go on and on about how he “wants justice”, how he plans on giving Rachel a piece of his mind, endlessly deriding her in the process and, even at this early stage in the film, it is all laid on far too thick which results in a slightly aggravating, slow start – I just wanted Rachel to be introduced as soon as possible and for Phillip to stop with his constant moaning and complaining.

But when Rachel is eventually brought in (in an admittedly intriguing, dramatic tête-à-tête scene), Phillip seems to do a complete 180, drastically changing his mind about her after a brief and ultimately uneventful meeting. After a rushed montage (where we’re asked to quickly assume that he’s fallen for Rachel), Phillip is soon fawning over her, giving her jewellery, an incredibly generous allowance and making plans for her to inherit Ambrose’s estate, despite protestations from other people. The problem with this is that it doesn’t feel earned – not enough has happened between the two of them for us (or me, at least) to genuinely believe that she’s deserving and I genuinely struggled to understand just why Phillip has changed so dramatically, how he could instantly want to give away everything to a woman who, just a short while ago, he had planned revenge on.

It gets to a point where the narrative seems to jump right into the middle of the source material and, although I haven’t read the book, I believe that the film hasn’t translated the original material properly and that more of an effort should have been made in establishing the early relationship between Phillip and Rachel because as it stands, the rushed character change in Phillip is detrimental to the film and took me right out of it, not accepting what was happening onscreen.

The final section focuses on Phillip succumbing to paranoia and uncertainty, trying to get to the bottom of what Rachel is “planning” and although it all ends satisfactorily, the third act’s pacing is far too leisurely and it regrettably becomes boring, saying the same things over and over again. Despite an hour and forty minute runtime, it definitely feels much longer.

There are only a handful of performances as Sam Claflin and Rachel Weisz take centre stage and one or two others make up the supporting cast. Claflin is alright; he doesn’t exactly bring the house down and he and Weisz don’t have the best chemistry in the world but early scenes allow him to clearly show his paranoia and distrust and in the third act, he effectively looks like a man on the verge of losing his mind and Claflin throws himself into the role, taking his character down a dark, destructive path. Rachel Weisz makes for an intriguing screen presence and is by default the MVP; she can be perfectly charming and somewhat nervy, particularly in her first scene, while occasionally suggesting that she may not be all that she seems, using subtle eye movements and occasional questionable outbursts. She’s interesting enough to watch but the script doesn’t allow her to ever truly make a lasting impression; I personally would have liked to have seen more specific, misleading indications that Rachel was in fact a sinister, calculating presence.

A few others make up the supporting cast but it’s only really Holliday Grainger who stands out, having the third, and almost final, most interesting part. She plays Louise, a friend of Phillip who clearly has eyes for him, even though he is preoccupied with Rachel, who she warns him against. Grainger is an affable and likeable supporting player but her character isn’t developed too well and merely serves as a plot device.

My Cousin Rachel has an appealing visual quality as the production design is pleasing and the costumes are spot on, quite nice to look at. Rael Jones also contributes a tantalising score, injecting a laudable sense of eeriness and tension that keeps the interest up and constantly suggests that there’s something sinister afoot.

There was a certain point within the film where I concluded that this is a film that would probably have been better were it made sometime in the fifties, preferably directed by Hitchcock. Later on, I learned that there was indeed a 1952 version starring Olivia de Havilland and Richard Burton so perhaps this 2017 version is “too little, too late”, that it’s an adaptation that doesn’t really work in this day and age, though it may have been more effective as a BBC serial or something. 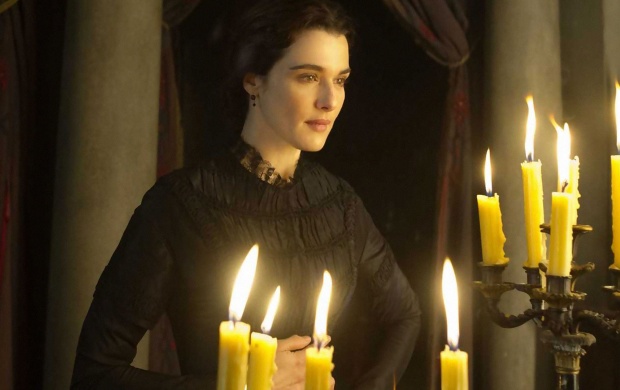 Well designed with an effective score but hindered by a testing, leisurely pace and an uneven, flawed narrative that hasn’t translated well onto the screen.