Well, my friends, the time has come for perhaps the biggest event in the film lover’s calendar: the Academy Awards. Last year, a ragtag bunch of film lovers and myself teamed up in a big ol’ collaboration, each looking at one or two categories and giving our thoughts on the nominees and this year, we’re doing it again. In 2018, I looked at the particularly strong category of Best Supporting Actor but this year, I’ll be submitting a fitting companion piece by looking at this year’s contenders for Best Supporting Actress.

This year, we have two nominees from the same great film, an overdue nomination for a famously snubbed actress, and two nominees representing two highly acclaimed 2018 features but who is the most deserving and who will win on the night? 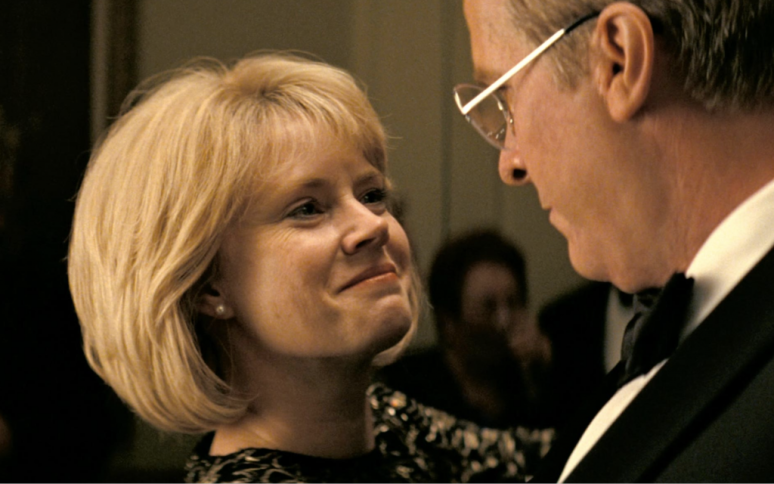 Amy Adams reteams with her American Hustle co-star Christian Bale in Adam McKay’s divisive film, playing Dick Chaney’s Lady Macbeth-y wife and political partner. The critically beloved actress is as good as Bale and provides the film with a solid supporting performance, giving us a character who is as cold, ruthless and heartless as her husband, taking no prisoners as they both Underwood their way to the top.

This nomination is believed to be recompense for Adams’ Arrival snub and though she gives a fine performance and it’s pleasing to see her get some Oscar recognition, it’s unlikely that she’ll win on the night.

In Alfonso Cuarón’s beloved film, Tavira plays Sofía, the mother of the central family who has to try and keep her family together when her husband runs off, and although she is greatly overshadowed by Yalitza Aparicio’s Cleo, Tavira provides very able support. As her character goes through her own ordeal, she sometimes shows sadness, despair and even anger – snapping at Cleo once or twice – but she clearly loves the maid and her kids and she ultimately tries to keep her family together with warmth, kindness and understanding.

I’d say that this is actually a strange choice for a nomination, probably the Academy looking to shower Roma with as many award nominations as they possibly can, and although Tavira is an able player and gives the film a certain amount of heart, she doesn’t make enough of an impact to warrant a nomination, she doesn’t reach the same grand heights as Yalitza Aparicio, and its unlikely that she’ll win on the night.

Regina King as Sharon Rivers in If Beale Street Could Talk

Another mother trying to keep her family together!

In Barry Jenkins’ acclaimed follow up to Moonlight, King plays the central character’s mother who is determined to get justice for her daughter’s boyfriend, even heading to Puerto Rico to talk to an all important witness in one of the film’s most striking scenes. Of all of this year’s nominees, King’s performance is perhaps the least showy and with quiet dignity and grace, she shows us a character who is determined to help her family and who loves her daughter so much that she’ll do almost anything.

In all honesty, I didn’t see anything particularly special about King’s performance here; it may be my indifference to the film talking, but I don’t feel as though she made enough of an impact and pales in comparison to some of the other nominees. Nevertheless, King is still the favourite to win, loads of people loved her in Beale Street, she’s already won a Golden Globe for her performance, and she’ll most likely be taking the big prize home with her on Sunday. So what do I know?

Emma Stone as Abigail Hill in The Favourite

One of three acting nominations for Yorgos Lanthimos’ multi-award winning film, Stone’s Abigail starts off as a disgraced, abused, naive and innocent young woman but as she gets closer to the Queen, it becomes clear that she’s not all that she appears to be and it’s made apparent that a cunning, calculating and ruthless personality lurks beneath the surface; Stone is a very good sport and she has no trouble at all in immersing herself in Lanthimos’ weird world, getting the comedic elements spot on and suggesting ulterior motives through precise facial expressions and those enormous eyes of hers. And her English accent is perfect.

This nomination seems to prove that the La La Land love is still alive but, unless American bias wins out, Rachel Weisz is more likely to win over Stone and the young actress will most likely lose to either her or Regina King.

Rachel Weisz as Sarah Churchill in The Favourite

BAFTA winner Rachel Weisz plays Queen Anne’s trusted advisor/lover who makes all of the major decisions while the Queen is indisposed, putting all of the men, especially Nicholas Hoult’s foppish Robert Harley, in their place and eventually going to war with her scheming cousin Abigail. Weisz’ character clearly loves being the power behind the throne, pulling all of the strings, and while she can often appear cold, cruel, seductive and controlling, it’s also apparent that she loves the Queen and there’s indeed a heart beating beneath her haughty demeanour.

For me, it’s a no-brainer: Rachel Weisz is the best of the bunch. I think that The Favourite is at its best when Weisz is on screen, she has the very best character to play around with (in the film AND out of all these nominees), she nails every single line of dialogue, every carefully practised glance and she absolutely, effortlessly, lights up the screen with her recognisable voice, luminous beauty and an infectiously playful glint in her eye. She’s already won the BAFTA so maybe she’s in with a chance (more so than any of the others) but she faces stiff competition from Regina King and she probably won’t win this one.

But she’s the clear winner in my eyes.

So as you may have gathered, here’s the sum total:

And what do my fellow film fans have to say?

Another crop of very strong performances across the board from all of these ladies makes picking a winner very hard, especially considering the amount of people that could have been nominated. Adams’s mission to land her first Oscar should be over already (see Arrival) but seeing as how I don’t run the Academy, her wait is likely to go on. Marina De Tavira’s performance was a very warm and charming one, but she doesn’t really have much of a chance of winning. as this is very much a battle between The Favourite ladies vs Regina King. King has been taking the majority of the awards, for a very protective and compassionate mother. However, a Rachel Weisz victory at the BAFTAs, could sway the Academy voters it in her favour.

It’s been a super strong year for the Supporting Actress category, evident by looking at the fabulous names that missed. The five they did select though are all thoroughly deserving: it would seem that Regina King has this one in the bag, although a victory for Rachel Weisz wouldn’t be too surprising given the overall strength of The Favourite this season. Weisz would receive my vote although if it went to her co-star Emma Stone, you would hear no complaints from me.

I know that the ones sweeping this awards season have been King and Weisz, but if it were up to me, I’d be handing it to Emma Stone for The Favourite. She did something rare for an actress I already admire to do: she surprised me. Truly, it was the best I had ever seen her and her performance was just electric.

And that’s it from me but I’ll post the links for the other blog posts, looking at the other categories, below as soon as they become available:

Ryan and Nathan on Best Original and Adapted Screenplay